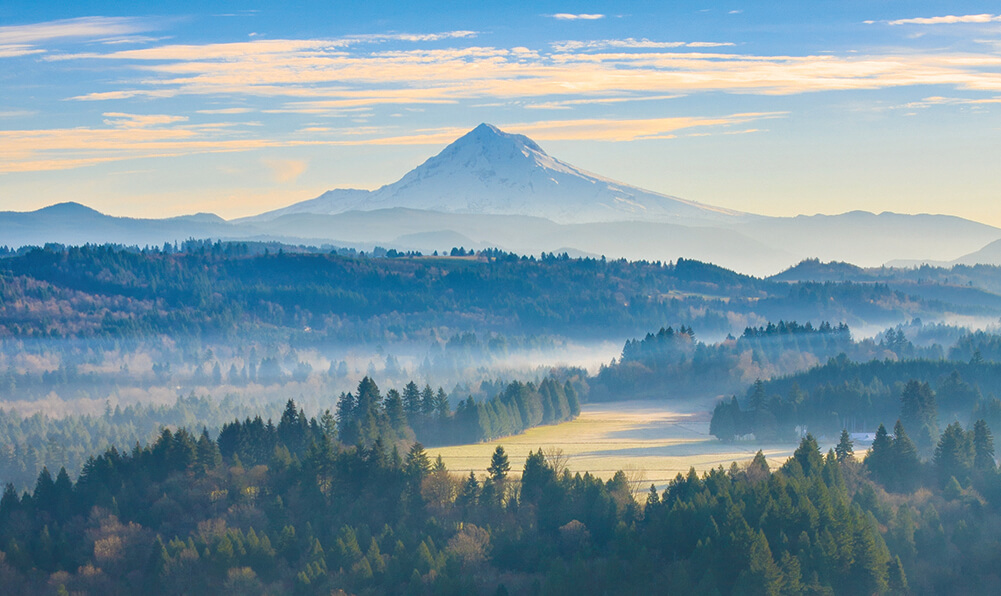 You would have to cross seven states, fifteen cities, and over 7,000 miles to follow in the footsteps of Meriwether Lewis and William Clark. The two explorers are renowned for charting a path from St. Louis, Missouri up to North Dakota and across Idaho, Montana, Oregon, and Washington until they finally caught sight of the great Pacific Ocean. The year was 1803 and President Jefferson had just purchased the Louisiana territory from none other than Napoleon Bonaparte for a modest fifteen million dollars. At the time, this region included parts of Arkansas, Oklahoma, Kansas, Missouri, Iowa, Minnesota, Colorado, Wyoming, Nebraska, North and South Dakota, and Montana. Jefferson’s purchase gave the U.S. total control of the Mississippi River and added almost a million square miles to the nation. As a man who valued the pursuit of knowledge—before the purchase was even solidified—Jefferson hired the moody and impulsive Meriwether Lewis to pull together a team of prospectors and hail northwest. Jefferson’s eye was on discovery of an elusive northwest passage, a waterway that would offer a direct route from the Midwest to the Pacific Ocean.

Of course, discovering the northwest passage was only the first of three objectives President Jefferson bestowed upon Lewis. The other two were to document the geography, animal, and plant life and to meet the indigenous tribes and extend fellowship to them. Meriwether Lewis was just twenty-nine years old and fresh out of the military. He enrolled William Clark as his co-conspirator for the trip. It was just a few years earlier that they had met. Lewis was on the verge of getting court-martialed for challenging an officer to a duel, and in order to avoid any further frictions the army decided to move Lewis to another battalion. There was William Clark, his new leading officer and soon-to-be captain of Lewis’ expedition. Clark’s more mature (thirty-four years old) and congenial personality makes me think they were as compatible as The Odd Couple. But I guess, opposites attract. The two must have gotten along swimmingly (and swim they did) to survive the treacherous two-year journey.

Prior to disembarking out of St. Louis down the Missouri River, Lewis took a crash course in Philadelphia in the natural sciences. Rumor has it that he was a natural botanist and his detailed notes of all the flora he encountered on his trip attest to this inclination. Some of the other preparations included interviewing prospective prospectors for his Corps of Discovery. This motley crew was made up of twenty-seven unmarried soldiers, a boat crew, one French-Indigenous interpreter, one slave named York, and eventually the Canadian fur trader Toussaint Charbonneau and at least one of his two wives, the invaluable Sacajawea and her newborn babe, Jean Baptiste. It’s remarkable that on this journey there was only one death. Poor Sergeant Charles Floyd—forever inscribed in the annals of history as the man who died from a case of appendicitis. There are worse ways to be memorialized. 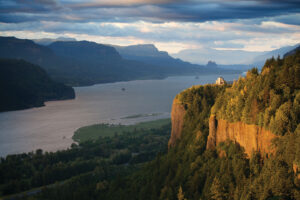 The route up the Missouri River was not one to cause envy. They took a fifty-five-foot keel boat through the snarls and snags of the river’s tough currents. It was backbreaking work. The crew had to wade through the water and tow the boat with ropes. They faced the onslaught of snakes, tics, gnats, and mosquitoes. It must have felt like they arrived in heaven when the Mandan tribe in North Dakota welcomed their whole crew and allowed them to partake in tribal feasts, dances, and carnal activities. It’s no wonder the Corps of Discovery set up and maintained Fort Mandan for six whole months and was quite neighborly with the tribe.

The Mandan were very generous with the expedition crew. Interestingly, the tribe had a particular interest in the slave, York. They thought that his dark skin connected him in spirit to the great bear. Wanting their off-spring to also partake in the bear’s qualities, they insisted York mate with many of their tribes’ women. It must have been challenging for Lewis and Clark to tell their men it was time to pack up camp and continue the journey. I can imagine Lewis saying to his Corps: we might be in paradise here, and we might die out there, but let’s go anyways!

But die they didn’t. Eat dog they did (and horse), but this was only out of dire necessity. If you Google, “Cuisine along the Lewis and Clark Trail,” you will find a lot of rather unappetizing information. You will also discover one amazing book titled The Lewis and Clark Cookbook by the brave eater, Leslie Mansfield. Lewis and Clark’s detailed diaries provided Mansfield with many of the hundred recipes she put in her book. If you’d like to get a taste of Lewis and Clark’s adventure, there’s plenty of opportunities to do so in this book.

Eating dog and horse weren’t the pinnacle of the expedition’s obstacles. Salt mountains, volcanoes, long expanses of flat barren hills giving way to the snowy Rocky Mountains, and the rushing falls of the Missouri River gave this crew their most precise and painful navigational challenges. In order to bypass the great falls of the Missouri River, they had to cut down cottonwood trees, put the boats up on wheels, and pull and push the boats through the forested, mountainous terrain. It was an amazing boon to the group that they ran into the Shoshone chief, Cameahwait, Sacajawea’s blood brother. She was just twelve years old when the Hidatsa tribe stole her away from her Shoshone tribal fellows. Instead of turning the crew away, Cameahwait provided them with horses and helpful instructions to push through their journey. If it weren’t for the presence of Sacajawea, the Corps of Discovery would not have survived. 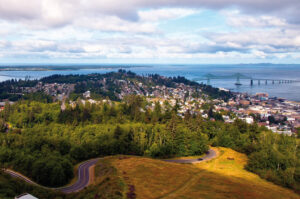 After plunging down water falls, bartering with many tribes, climbing through the nightmarish Lolo Trail, this unbreakable crew finally made it to the Pacific Ocean. They set up Fort Clatsop at the mouth of the Columbia River southwest of Astoria, Oregon. They stayed there four months before embarking on the return trip to St. Louis. It seems impossible that they were able to make it back to St. Louis on September 23, 1806, two years and four months from the date they first set sail. Not even the Spanish could stop them from completing their quest—yet Spain had sent Comanche tribes and Spanish soldiers out to seek and destroy the expedition in an effort to put an end to the U.S.’s expansionist agenda.

Although they did not discover the northwest passage, all’s well that ends well. The crew returned as national heroes. President Jefferson made Meriwether Lewis Governor of the Louisiana Territories, a role Lewis did not play well. It wasn’t much later, at the age of thirty-five, Lewis’ dead body was found in a road-side inn, suspected of suicide. Clark, on the other hand, continued to use his congeniality for familial and career successes. He was made U.S. Agent for Indian Affairs and was viewed as a prosperous and well-respected national hero. He went on to adopt Sacajawea’s children after her early death at the age of twenty-four. Clark’s adopted son and the youngest member of the Corps, Jean Baptiste, went on to have a very successful career as a national celebrity and explorer.

If you are interested in experiencing the history of Lewis and Clark up close and personal, don’t miss a visit to the Sacajawea State Park or the Columbia Gorge Interpretive Center Museum on one of our Great Pacific Northwest cruises!