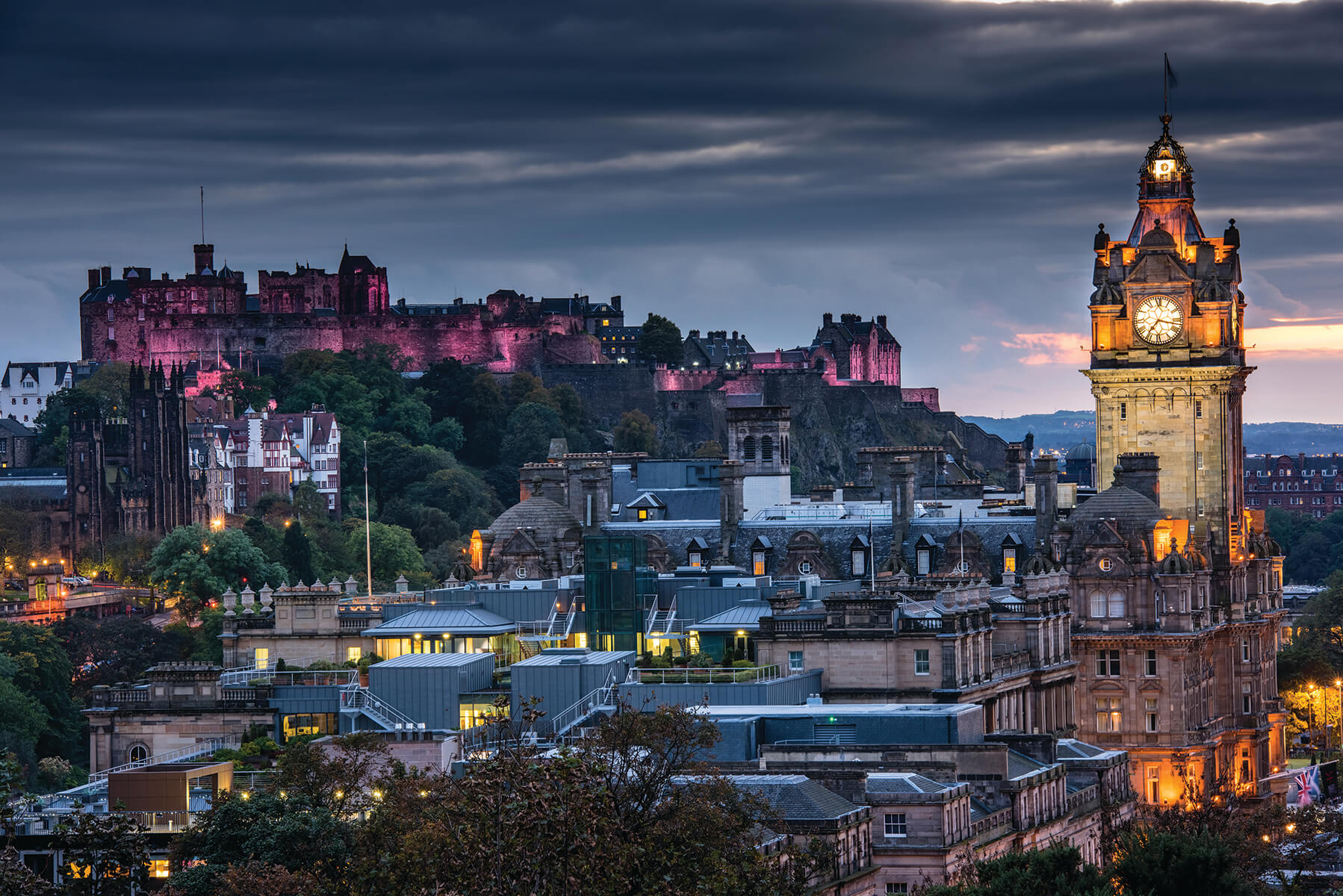 Edinburgh is the capital of Scotland, and human habitation in the city has been traced back to as early as 8500 BC—it’s a city with a rich and complex history. It’s been the site of battles, brawls, and sieges across the centuries. So it’s no wonder that people claim it’s one of the most haunted cities in Europe. Here are just two of the most haunted places in Edinburgh!

The Edinburgh Vaults
The vaults are one of the most popular destinations for thrill seekers in Edinburgh. When the South Bridge was finished in 1788, there were 120 rooms (or vaults) underneath its nineteen arches, ranging from twenty-one to over four hundred square feet. The vaults under Niddry Street are just a level under a bridge, so some noise from the street level wafts in if you listen closely. But the vaults on the other side of South Bridge, under Blair Street, are three levels below any traffic. They’re quiet as death.

When the bridge was completed, businesses and taverns opened in the small dank rooms underground. It was a bustling place for working people. But because the construction of the bridge was somewhat rushed, they never sealed the vaults against flooding. After about thirty years, the vaults flooded and the businesses evacuated. Then it became a kind of red-light district. The small rooms filled with brothels, illegal pubs, and criminals. Some poor families moved into these spaces that had no running water, no light, and no sanitation. The spaces were seething with crime, from robbery to murder. Legend has it that the famous body snatchers, Burke and Hare, would troll the South Bridge vaults for their victims, though there has never been any hard evidence to substantiate these claims.

There have been reports of hearing disembodied voices and footsteps in the vaults. Some people have claimed to have been touched by ghosts, or felt extreme drops in temperature. Others have said they’ve seen mists or robed figures standing in corners. At least two full-scale paranormal investigations have taken place in the vaults, with some very strange findings. Today, the vaults are closed to the public. However, you can often get inside via a ghost tour. Or, if you’re looking for an unusual place to have your wedding or host a private event, some of the rooms clean up rather nicely! But maybe get out before the witching hour.

Greyfriars Kirkyard
Greyfriars Kirkyard is said to be the most haunted place in all of Edinburgh, and maybe even all of Scotland. For all you non-Scots, a kirkyard is a churchyard, which we all know often contain burial plots. The Greyfriars Kirkyard was founded in 1561, and the first burial was sometime in the late 1500s. Since then, it’s been the resting grounds for many well-known Scotsmen and women, but there are a few storied souls who are rumored to haunt the grounds of Greyfriars.

One of the ghosts of Greyfriars Kirkyard is said to be Sir George MacKenzie, who was nicknamed “Bloody MacKenzie” after one of the bloodiest religious persecutions took place on the church grounds in the seventeenth century. In the early 1600s, a “National Covenant” was signed, swearing that Scotland would have a national religion. Fifty years after its signing, Charles II took the throne and began to follow the covenant to the letter. With the help of George MacKenzie, he rounded up those not pledging to the national religion and imprisoned them on the grounds of Greyfriars Kirkyard in what was known as the Covenanters’ Prison.

The prisoners were held captive over the winter months and subjected to unspeakable torments, most at the hands of Bloody MacKenzie. Ultimately, he was responsible for the deaths of over 18,000 Scots in his pursuits to uphold the National Covenant. This time period of Edinburgh is often referred to as “The Killing Time.” MacKenzie’s rule finally ended when he died in 1691. He was interred in a mausoleum on the grounds on Greyfriars Kirkyard, not far from where the Covenanters’ Prison was.

Many people say that Bloody MacKenzie’s terrors did not stop when he died, but that his unruly spirit reigns over the kirkyard to this day. Some people have reported hearing noises in the graveyard, and still others have said they’ve felt nausea while walking near the mausoleum. In 1998, a man—perhaps a grave robber—broke into the mausoleum at night and, while trying to open MacKenzie’s tomb, a sinkhole opened up beneath him and he fell into a pit. Inside the pit? Bodies of plague victims that had been buried unceremoniously, centuries before. He ran terrified from the pit. Is this coincidence, or is it something more nefarious? 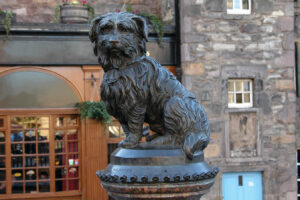 There is perhaps a more benevolent presence that frequents the grounds of Greyfriars Kirkyard, though. A dog named Greyfriars Bobby—a Skye Terrier. Legend has it that Bobby belonged to a man named John Gray. When John passed, Bobby stood watch at his owner’s grave for fourteen years. (That’s ninety-eight dog years.) Bobby died in 1872 and was buried inside Greyfriars, not too far from where John is buried. After that, people started hearing the sounds of barking even when they didn’t see any dogs around. It’s said that he’s still there, guarding the grave of John Gray.

Next time you’re in Edinburgh, consider taking a tour of the vaults or strolling through Greyfriars Kirkyard—if you dare!