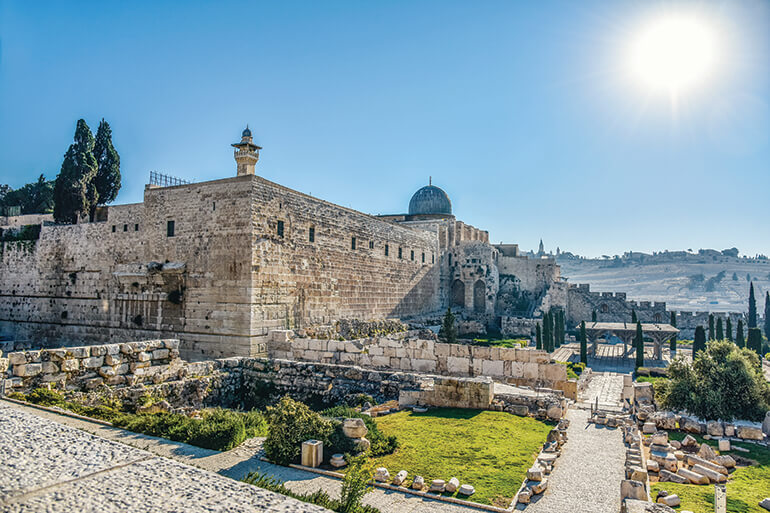 Seven Things to Do in Jerusalem

Jerusalem is considered one of the most historically and religiously significant cities in the world. If you’re headed there soon, you might be overwhelmed with the list of possible things you can do! We’ve rounded up a list of seven things you just shouldn’t miss out on.

The Old City
The first thing on many to-do lists while in Jerusalem is to head to the Old City, which was added to the UNESCO World Heritage list in 1981. Enclosed within the walls are many of the must-see religious sites that you’d expect to find on a list of things to see in Jerusalem, like the Via Dolorosa, the Church of the Holy Sepulcher, and so many more. But it’s also easy to wander the old streets and spend hours perusing the falafel stands, looking to score the perfect souvenir, or just taking in the sights and sounds of the Old City. 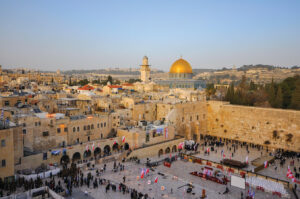 The Western Wall
Every day, people flock to the Western Wall to pray. One of the most important sites in the Jewish faith, the wall supports the western side of the Temple Mount, where the Second Temple once was. Today, people place small prayers written on paper in the cracks and at the foot of the Western Wall. Jewish law forbids that any of these prayers are thrown away. Instead, they’re swept up and put in bags to be buried at the Mount of Olives.

Mount of Olives
Just behind the Western Wall is the Mount of Olives. This site is significant for several reasons, but the first thing you’ll notice about the Mount of Olives is that it’s covered in gravestones; it has been used as a Jewish grave site for over 3,000 years and holds over 150,000 graves. The Mount of Olives also has significance to the Christian faith—mentioned in the New Testament, it is described as the place from which Jesus ascended to heaven.

Tower of David Museum
If you want a comprehensive overview of Jerusalem’s history, don’t miss stopping in the Tower of David Museum, which is just inside the historic Jaffa Gate. The building is also an important archaeological site itself, as it dates back to the Mamluk and Ottoman periods and was built on the site of former fortifications dating back even earlier. Don’t forget to check out the great views over the city from the top!

Mahane Yehuda Market
This lively market offers you a chance to take in the sights, sounds, smells, and flavors of authentic Jerusalem. Haggle with the more than 250 vendors in this traditional market. Whether you’re on the lookout for spices, trinkets, fish, clothes, fresh produce, or a bite to eat, Mahane Yehuda has got you covered. 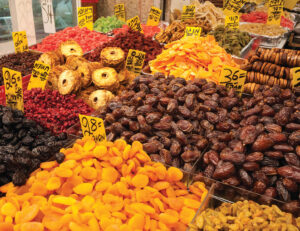 Temple Mount / Dome of the Rock
One of the most easily recognizable landmarks in all of Jerusalem, the bright yellow Dome of the Rock lies on the Temple Mount in the Old City. It’s an important site for all three Abrahamic religions (Christianity, Islam, and Judaism), and it’s also one of the most visited sites in the Old City. You should know that it has somewhat irregular visiting hours, so do your homework and show up early if you want to enter—lines can get pretty long. 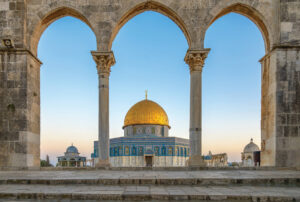 Dome of the Rock

Israel Museum
The Israel Museum is not just for history buffs—it has an incredible collection of art and archaeology, including the Dead Sea Scrolls, which are housed in the Shrine of the Book, a building shaped like an urn. The museum also houses a replica of what Jerusalem looked like during the days of the Second Temple, as well as nearly 500,000 other objects, artifacts, and art pieces from all over the world.