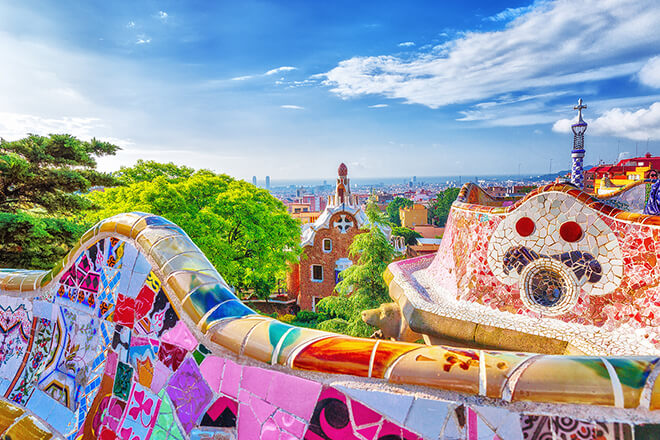 Barcelona: An Insider’s Guide to Art and Architecture

Barcelona is one of the world’s most beautiful cities. It’s teeming with UNESCO World Heritage sites, artwork from world-renowned artists, and buildings designed by famous architects like Antoni Gaudí. It might be hard to know where to start when you’re on your next dream trip, but we’ve got you covered! Here are a few things you absolutely don’t want to pass up.

Sagrada Família
One of Barcelona’s most iconic sites, the Sagrada Família began construction in 1882. The project was originally under direction of Francisco de Paula del Villar, then Antoni Gaudí took over the next year. He dedicated his life to completing the church. The basilica was still unfinished when Gaudí died in 1926, and he is buried in the crypt. To this day, the Sagrada Família remains unfinished, though plans for construction on the remaining spires aim to be completed by 2026. 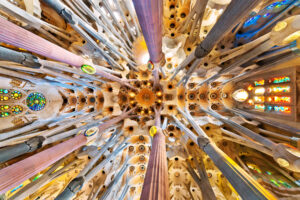 Inside of Sagrada Familia

Museu Picasso
For Picasso fans, this is a stop you just can’t miss. Of all the museums in the world, the Picasso Museum has one of his most extensive collections. Their permanent collection houses 4,251 pieces, including an almost complete compendium of his formative work leading up to the Blue Period.

Park Güell
Located in the Gràcia District of Barcelona, Park Güell is another one of Gaudí’s tours de force. Eusebi Güell appointed Gaudí the mastermind behind this project—together they dreamed up an estate for the well-to-do, in addition to a series of parks and gardens meant to evoke British residential parks. The centerpiece of Park Güell is the main terrace, which is encompassed by benches in form of a sea serpent. The main terrace is renowned for its colorful mosaics. In 1984, the park was added to the list of UNESCO World Heritage sites. 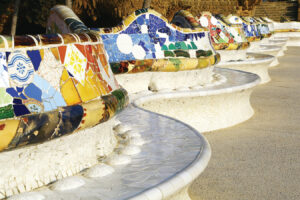 Fundació Joan Miró
Another exceptional art museum, the Joan Miró Foundation was opened by Miró himself in 1975. A surrealist and experimentalist, his work is displayed alongside other contemporary artists. Plus, this stop is a two-in-one! The building is a treat for the eyes, too. Designed by architect Josep Lluís Sert, the pieces are housed in a space specifically designed to show off their artistic qualities.

Casa Batlló
This centralized building in Barcelona is often referred to as “Casa dels Ossos,” which means “house of bones.” When you make a stop here, you’ll see why. This unusual building was designed by—you guessed it—Antoni Gaudí. The façade of the house has a skeletal quality, with irregular characteristics, including asymmetrical windows and a ribbed roof that’s reminiscent of a dragon. This is one building you won’t want to miss seeing!

Palau de la Música Catalana
A beautiful UNESCO World Heritage site designed by architect Lluís Domènech I Montaner, this modernist-style concert hall was finished in 1908. The building is adorned with incredible mosaics and ornate sculptures, but the focal point is definitely the enormous stained-glass skylight suspended above the main hall. 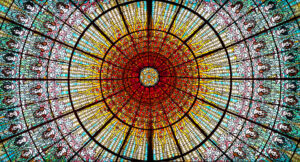 The Gothic Quarter
If you’re looking for a good place to stroll and take in an assortment of art, architecture, and history all at once, the Gothic Quarter is your best bet. Dating back over 2,000 years, the Gothic Quarter is the old city center of Barcelona. Here you can find the old Roman and Medieval walls as well as the remains of the Roman temple. Keep walking and you’ll see the Barcelona Cathedral, famous for its lurking gargoyles. There’s much more to see here, so keep your eyes peeled! 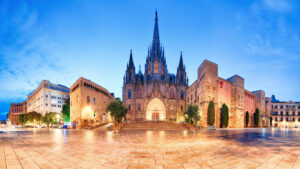 If you’re an art lover, make your plans now to see these treasures and so much more. There are so many ways to see Barcelona with Go Next. Book an unforgettable journey through the Mediterranean today!